The newly-rebuilt engine was dropped to the floor, the gearbox reattached and some ancillary parts attached including: starter motor, alternator, water pump, radiator, heater matrix, coolant reservoir, air conditioning pump, power steering pump, fuel tank, wiring loom and ECU. Many of these parts will be replaced so for now they were lifted directly from the car without overhaul or cleaning. 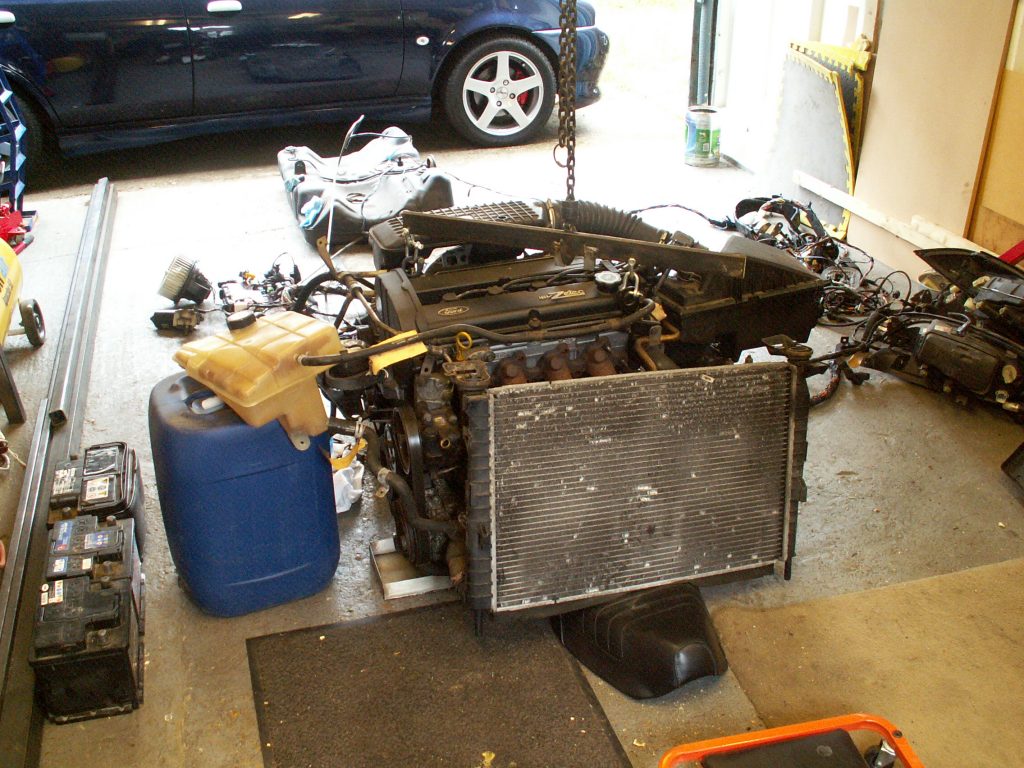 Hanging off the rear was a mass of wiring loom cabling, mostly redundant as the engine and cabin cables could not be easily separated. The inlet manifold usually provides a vacuum to power parts including brake servo and cabin air distribustion. As these parts were absent, the pipe fittings were blocked off with rubber so as to prevent loss of vacuum and keep the engine running smoothly. 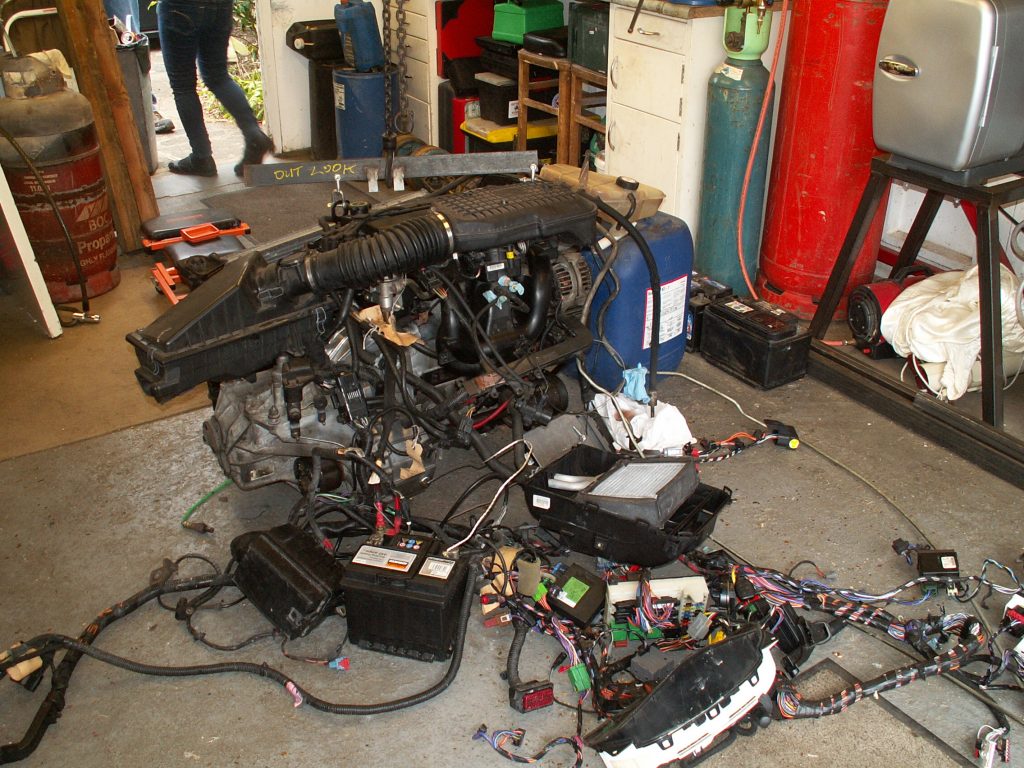 At the rear is the fuel tank with the filler neck blocked off to prevent ingress of dirt. 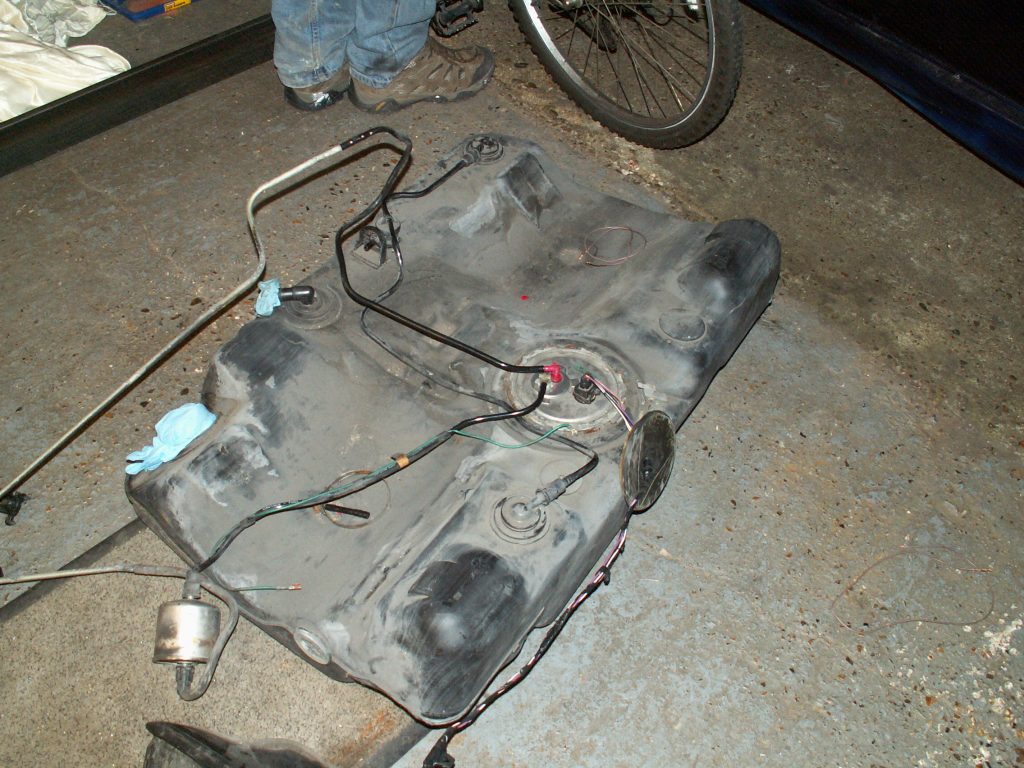 The key contains a transponder for the immobiliser that is activated by a ring through which the key must pass. Only then will the ECU activate the starter relay and provide HT to the spark plugs. 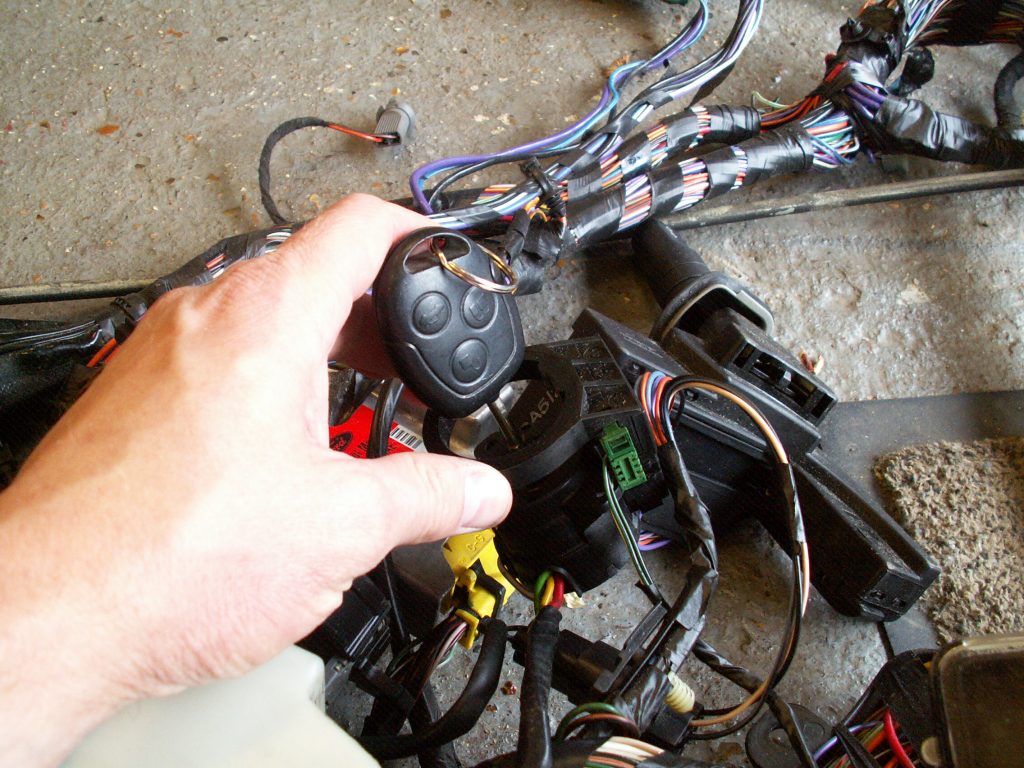 The engine turned over and fired first time! There were some small issues relating to a tripped fuel inertia switch and immobiliser but otherwise everything appeared to be electrically and mechanically sound. A laptop running Scantool, connected to ECU’s OBD II connector, revealed that all the sensors were giving reliable data and the ECU was happy.

Here’s a quick walkthrough and fire-up.

Back to Top
Back to Zetec 2.0 Overhaul